Update on April 19th: Ingenuity successfully took off and landed on Monday morning. The following article is about what happened before the flight.

When we last talked about the helicopter Ingenuity on Mars back in February, it was still clinging to the underside of the Perseverance rover.

Since then, the helicopter successfully dropped down on the ground and has weaned itself off the mother rover's power supply. It has survived several cold Martian nights.

Last Thursday, the helicopter was able to spin its rotor blades. This was an important test.

The next big test will be the actual flight, when Ingenuity runs its rotors fast enough to actually take off. It will hover about fifteen feet in the air for about a minute before landing again.

Pasadena, we have a problem

Unfortunately, after Thursday's rotor test, NASA JPL engineers analyzing the results discovered some problems that need to be fixed before Ingenuity can fly. 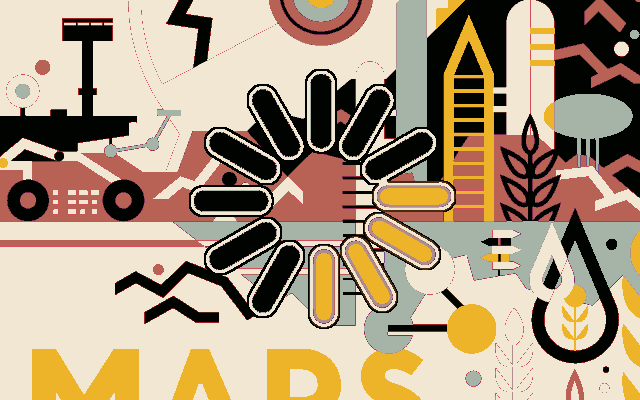 The complete fix for this problem requires a software update. How does one update software on a helicopter on Mars? It can't exactly download it from the web.

Communicating with the helicopter

The helicopter is too weak to be able to talk directly with Earth. It has a low-power radio that can talk to a "base station" on the Perseverance rover.

Called Zigbee, this type of communication is similar to Bluetooth. It requires the rover and the helicopter to be near each other, within about 1,000 feet.

The Perseverance rover has a more powerful Ultra High Frequency antenna on its back. If you're old enough, you might recall that broadcast televisions used UHF antennas to get higher-numbered channels.

Perseverance can use this antenna to talk to the robotic vehicles that are orbiting Mars. They, in turn, can communicate with NASA's Deep Space Network, a network of antennas placed around the Earth and in space.

Depending on how the two planets are situated, a message takes between 5 and 20 minutes to travel. So, the engineers trying to diagnose and debug problems with the rover or the helicopter are usually working with old data. When they send commands to the robots, those commands also take a while to arrive.

The engineers used the same sequence of three network links to send a software update to the base station on the rover. Depending on whether the flight test succeeds after the temporary workarounds, we might see an Ingenuity flight on Monday, or perhaps they might need to update the software on the copter. Stay tuned...