Telepresence Versus Model Worlds
When was the last time you checked out a painting in real life?
2020-08-16 Previous Home Next

Most of us are stuck at home because of this pandemic, missing places to go to.

I do remember the good old traveling days. Before visiting a new city, you could open up Google Maps. You can still do that.

The Reconstructed World in Google Maps

When you pick up the little "peg man" icon and place it on a street, you are using software called Google Street View. You can take a virtual "walk" down the street, looking around at the roadside.

Google has previously constructed a model of the street from photographs taken from a moving vehicle. Your peg man becomes a presence, an avatar, of you inside this model. You can control this avatar with your mouse and keyboard like a video game.

Your avatar is an eye floating above the street at a certain height. You can make it walk up and down the street and point the eye in any direction. You can see the surroundings that would be visible in that direction.

So, that's how Google Street View reconstructs real streets for you.

When was the last time you checked out a painting in real life? People simply aren't going to museums, even if they are open.

I recently read that an art museum in England has been offering patrons a remote art-viewing experience:

Robot tours... using a mobile, Wi-Fi-enabled "telepresence" device that prowls the gallery, sending a video stream back to viewers who stay isolated at home.

What the Hastings Contemporary museum is offering is an example of telepresence, where you visit an actual place via the physical body of a robot situated there.

The robot that lets you visit the museum is a light two-wheeled cart, made by a company in California called Double Robotics. It looks sort of like a small Segway with a pole carrying a videocamera.

The robot can roll around on the museum floor (it cannot climb stairs) and point its videocamera at the exhibits for you.

You can examine the artwork. You can also admire the museum, how the curated exhibits have been arranged, and the light in the hallways.

This is a telepresence tour.

This robot is your avatar at the museum. Just like with Street View, you can make it turn or go forward using the arrow keys on your computer. 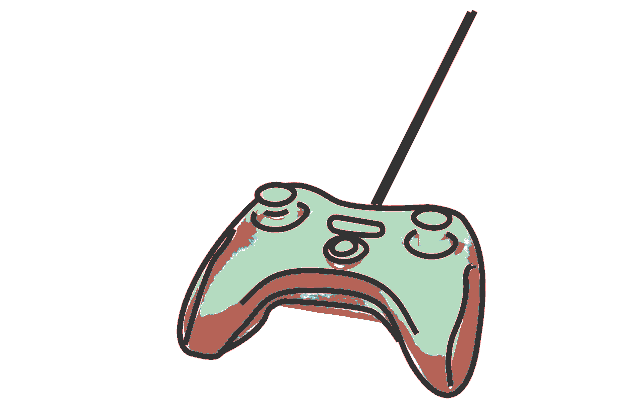 But unlike the peg man, this avatar is a physical vehicle that you must somehow control.

When a child operates a radio-controlled toy car, he or she must run after it and keep it in sight, to know when and how much to turn, and when to stop.

It is a lot harder to control a robot you cannot see, located in a different city.

Operating a robot at a distance is a commonly-used operation, not just for telepresence, but more generally to perform dull, dirty, or dangerous tasks safely.

The robot Spot by Boston Dynamics has been used for inspecting faraway oil rigs or construction sites. Similarly, NASA's Mars Rovers are remotely operated by a team on Earth.

When you remotely control the museum robot, you need to navigate using feedback from the video it is sending you.

How easy the robot is to control depends on how quickly the feedback comes after you send it a command. When the video is streaming over the web, the quality varies, and sometimes there can be a glitch during which you cannot see what the robot is doing.

The feedback from a remote robot in the real world is never a sure thing.

This is why a robot must also be somewhat self-sufficient. Even when a command tells it to walk into a wall, the Spot robot senses the wall and will not do it. NASA's Mars rovers must be able to perform many tasks on their own, because commands from Earth take many minutes to arrive.

Similarly, the museum's robot can balance on its own. If it bumps into something while you were not looking, it recovers quickly. No harm done!