My phone provider, AT&T, is soon going to retire their older 3G-based network in my area.

But their bold march to newer, better technologies has hit a minor snag. A few troublesome subscribers are still hanging on to their old phones.

It turns out I am one of those cheapskates. My five-year-old Android phone is plenty powerful for my needs, and I see no reason to pay another ransom for a new phone.

So, AT&T sent me a letter saying they would upgrade me for free to a newer phone. They are mailing me the new phone.

Is my phone really so outdated that it can't use the new network? Read on if you want to know the full story. 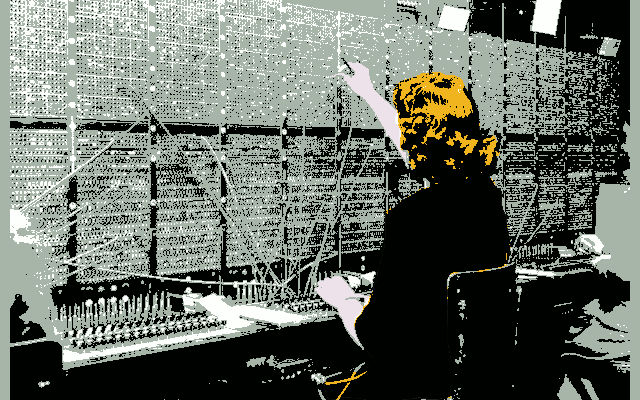 In the olden days, when dinosaurs roamed the earth, phones didn't need batteries. They were fixed to the wall. A wire connected them to the telephone exchange.

When you called anyone's number, an operator physically made connections to create a complete end-to-end circuit from your phone to their phone. When you hung up, the operator disconnected this circuit.

This kind of circuit-switched network, whether operated manually or with automated equipment, enabled high-quality conversations by giving you predictably low delays (see Can You Hear Me Now?).

For the duration of the call, your conversation got the exclusive right to use the circuit, whether you sent words, screams, or silence to the other person.

In a modern smartphone, a powerful computer running Android or iOS operates your screen, your WiFi, and other hardware, as I mentioned earlier in A Brain In A Jar.

But this computer, called an application processor, does not communicate with the ground stations. Cellular radio communication is handled by a different, more primitive computer called a baseband processor.

This second computer in your phone is not accessible to you. It runs specialized software that operates the cellular radio, a completely different device from the WiFi radio.

This means that a smartphone is two devices in one: a computer part that runs apps and uses WiFi to surf the Internet, and a phone part that sets up and tears down voice calls using the cellular network.

The baseband processor also provides data communication over the cellular network to the other computer, so that your phone can be on the Internet even when you're out of WiFi range.

This data communication over the cellular network works quite differently from voice calls.

To send a data message, whether over WiFi or over the cellular network, a computer breaks it up into "packets" of numbers, marking each packet individually with the address of the destination computer. The destination computer reassembles the message when it receives the packets. This method is called packet-switched communication.

But the carriers always had to make sure their customers could continue to make calls to circuit-switched land-line phones, and that their calls would get guaranteed quality without delays. So, the carriers continued to offer their voice service using a separate network, and mobile phones used this network to make calls.

The new 4G networks (and their close cousins, Long-Term Evolution or LTE networks) carry both data and voice on the same network. The new LTE-capable baseband processors are capable of making voice calls directly over the packet-switched network.

But older handsets still use the separate voice network for making calls, and hence they require the older, pre-LTE base stations.

This is the reason why AT&T, which wants to get rid of the old equipment, needs to give me a free phone. It's not that the old phone isn't powerful enough. It's just that it relies on a dedicated voice network in an increasingly packet-switched world.