Can You Hear Me Now?
The excitement over 5G cellular networks is about latency, and it will help robots improve our lives.
2020-10-18 Previous Home Next

Wireless phone carriers have been sounding the klaxons for their new higher-speed 5G cellular network technology for years. Now, Apple has joined the chorus. The CEO of Verizon was on hand for the iPhone announcement. 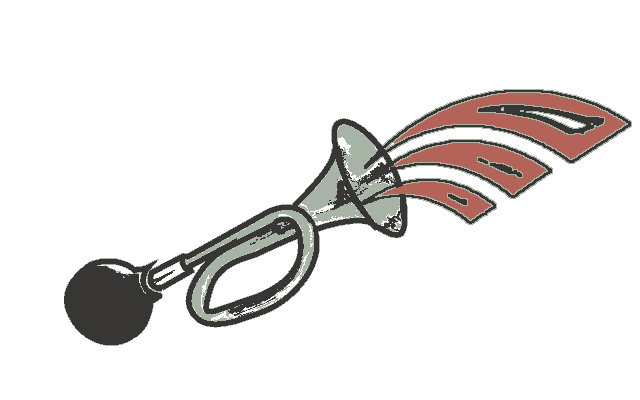 What's the big deal with these 5G networks? Why all the excitement about a technology that's not even fully rolled out yet?

Any web pages, pictures, or videos that your phone sends or receives, travel to and from the nearest cell tower. And this is the leg of their journey that the new-generation 5G radio technology can improve.

These new radios can send and receive more information. We say that a 5G radio has higher data throughput (sometimes people call it "bandwidth") than the current generation. If it takes you ten seconds to download your favorite hour-long podcast today, the higher-throughput network might finish it in one second. A small convenience, not exactly earth-shattering.

But a 5G network also has a second advantage: it more quickly transfers the information between the phone and the cell tower. This second characteristic is called latency.

The difference between latency and throughput is speed versus volume.

The Ganga (Ganges) river takes two different forms: at its origin from a glacier in the Himalayas, it is a narrow stream rapidly cascading downhill. That's speed. A thousand miles downstream, it becomes ponderous, massive, slow, even as its enormous throughput discharges thousands of tons of water every second into the Bay of Bengal. That's volume.

It is latency— speed— that we are concerned with here.

Poor network latency shows up in phone conversations. Have you ever noticed a "lag" in a teleconference that causes people to misjudge and talk over one another?

In audio- and video-conferences, the "mouth-to-ear delay" is critical: this is the time it takes from when a speaker pronounces a syllable, to when it is heard on the other end. The total delay is made up of all the latencies in each leg of the network.

Phone companies have found that a network delay beyond a fifth of a second becomes noticeable as "lag." These kinds of conversational applications require low, consistent network latency from end to end.

This is also the case for certain robotics applications.

Remotely operating a robot in another location is known as teleoperation. You send commands to a robot and monitor its movements to decide what commands to give it next. You need a feedback loop quick enough that you can effectively control the robot.

For example, for heart patients, a cardiologist can perform a procedure called a "percutaneous coronary intervention" or PCI, which starts by inserting a thin catheter tube into the artery to reach the affected area. Using X-ray imaging, the doctor can see the progress of the catheter within the blood vessels.

Unfortunately, a doctor performing these procedures every day is in danger from repeated exposure to X-rays.

Ideally, the doctor should be in another room, turning knobs that command a robot to move the catheter this way and that, observing images on a screen.

A robotics startup in Waltham near Boston built such a teleoperated system and received approval from the Food and Drug Administration a decade ago. Cables connect the doctor's workstation to the robot, and the X-ray machine back to the workstation display.

Now imagine a patient in a rural area who cannot be moved to a faraway specialty hospital in time. It could be life-saving to be able to set up the robot and X-ray imaging device in a local clinic, operated remotely over a network. Such a capability would greatly expand access to specialized medical intervention.

To control tiny motions of the catheter, the feedback loop from the doctor's fingers to the eyes needs to be very tight. The doctor's workstation must be connected to the robot via a network that consistently delivers a low-enough latency— exactly what 5G promises.

The trick with using a new technology like 5G is to find the right applications. Then maybe the network operators wouldn't need klaxons and excessive marketing.