Why Ishiguro's Robot Is a Pipe Dream
How Klara could be improved. Part 2 on Klara and the Sun, Kazuo Ishiguro's latest book.
2021-03-14 Previous Home Next

The new Ishiguro novel, set in the near future, features a household robot named Klara. I described its basic premise in my previous article, Klara and the Sun.

Klara can speak, see, and hear. She discovers information about the child she is taking care of, her mother, and new people she meets. She then uses her powers of understanding and deduction to infer people's meaning and motivations.

When Klara first comes to the girl's house, she gets confused by the layout of the kitchen and the changing locations of some appliances.

With her reliance on vision, hearing, and speech, Klara is how most human-like robots are depicted in today's fiction. Unfortunately, if we consider today's robots and their most likely evolution in the near future, this depiction is wrong— it both over-estimates some of Klara's abilities and under-estimates others. 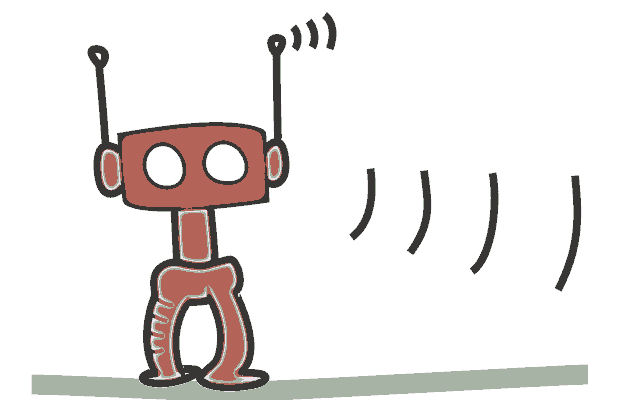 Robot makers sometimes develop new technologies, but more often, they build upon existing ones. Particularly when it comes to mass-produced parts like computer chips, which robots like Klara run on, developers will tend to use what's already cheap and widely available.

A more realistic Klara would be powered by the kind of integrated chips that power our mobile phones. These contain WiFi, Bluetooth, GPS, gyroscopes, and similar sensors and devices; the newest ones also have machine learning hardware to perform pattern matching tasks, as when your phone camera identifies the locations of faces. Speech recognition and sound generation are also available.

Extrapolating from what robots can do today, here's what Klara might be capable of. She could use Bluetooth to identify the mobile phones of strangers and known people. She could tell that someone was approaching, without having to turn her head and without them being in her line of sight.

Some recent research has shown that raw WiFi radio signals can be used to detect subtle physiological changes like heart rate and breathing in nearby humans. If Klara could use these methods, she could guess the emotions of nearby people.

Klara could sense electromagnetic waves from electrical devices in the house. She could use household appliances like garage door openers, washing machines, and refrigerators to figure out where she is, in complete darkness. To avoid bumping into things, she could use simple, cheap ultrasound sensors that emit sound waves and measure how long the echoes take. Unlike the book, Klara would easily avoid household furniture and appliances.

She could communicate with home automation systems and always be aware of people approaching the house without having to look out of the window.

Her manufacturer would probably equip Klara with an Internet connection to access the knowledge she needs on her job, including the weather, time of day, and significant events.

By intercepting WiFi and cellular data, she could detect who is talking to whom. If she is able to read the contents of the messages, she could peek into your wearable fitness tracker data or read your email or documents.

With all these senses, Klara's subjective experience of the world could be quite different from ours. This should not surprise us: many animals experience the world differently, too. Bats and dolphins rely on sonar echolocation, and birds somehow sense the earth's magnetic field to migrate. We cannot imagine what it feels like to be them, either.

The Klara in the novel has several abilities that are not possible to build today. From people's words, tempo, tone, and facial expressions, she can infer their hidden meanings. She has a sense of self and an awareness of her relationships with the individuals in her life. She has a "theory of mind," i.e., she can guess what other people are thinking and feeling.

Not only are today's robots incapable of doing any of these things, I don't know of any research that has yielded the faintest clue how to do them any time soon. Unfortunately, these are the very features of Klara that Ishiguro's entire plot depends on. The Klara of the novel is a fantasy.

In the real world, Klara could well be a very useful and capable robot in the near future. As rich countries get older, they will demand help taking care of the elderly at home. A household robot could help with many practical chores. It could even be named Klara. It just wouldn't be anything like the one in the novel.