Segway Closes Its Doors
How a Segway is similar to a walking robot.
2020-07-19 Previous Home Next 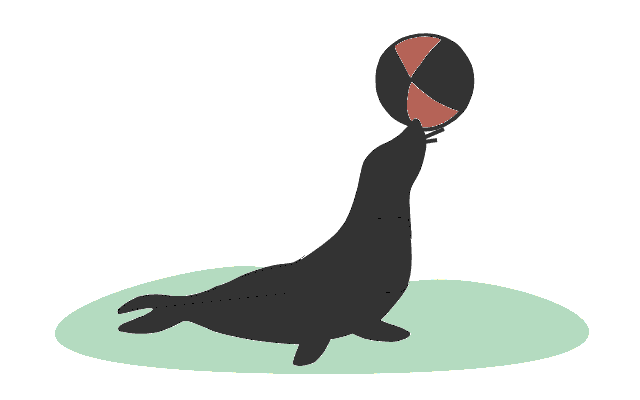 Segway As a Walking Robot

The Segway is a "self-balancing" vehicle. While not a walking robot, it has more in common with a walker than with a typical rolling vehicle.

The wheels of a Segway are on a single axis, similarly to a unicycle. It cannot stand on its own. Think of a circus performer riding a unicycle: the rider must constantly adjust their posture and use their core muscles to keep the unicycle from falling.

Have you ever tried balancing a tennis racket upright on your finger? That is a simpler example of the same problem. You need to make small compensating movements every time you feel the racket tilting this way or that.

When we looked at the walking robots made by companies like Boston Dynamics (Boston Dynamics's Spot), we saw that they need to make quick adjustments to their posture. This is a similar problem with a similar solution.

The Segway is equipped with a built-in computer that performs these adjustments for you. The computer runs programs based on the mathematics of dynamic systems. These programs make small, quick turns to the wheels in such a way as to keep you balanced upright.

With a Segway, the rider signals to the computer a desire to go forward or turn left or right, with some gesture, for example, holding the handle and making it lean this way or that. In response, the computer makes tiny turns of the wheels in the appropriate direction so that the vehicle's equilibrium is disturbed in the appropriate way.

The Hype, the Reality, And the Impact

Back in 2001, the Segway entered the market with a huge splash. Apple co-founder Steve Jobs predicted it would become "as big as the PC." Amazon founder Jeff Bezos called it "one of the most famous and anticipated product introductions of all time."

The reality over the next two decades turned out to be much more modest. It worked, but it remained a niche product, selling a total of 140,000 units. As a vehicle it also went through some initial troubles and recalls.

In cultural terms, a typical analysis was about how un-cool the Segway ended up looking:

The Segway came along and showed the stark contrast between our expectations for tech and their banal, dysfunctional reality... As a cultural artifact, it's a relic... It was impressive without being particularly useful.

The machine will now occupy that odd space in American culture reserved for artifacts of a specific place and time that include the Pet Rock, the Beanie Babies and the Cabbage Patch Kids---except people actually liked those.

But in terms of impact, these self-balancing vehicles have pioneered a technology that still might find an appropriate application. Segway Inc., now owned by Chinese company Ninebot, continues to invest in research.