The Intelligence In the Warehouse
Robots are the face of automation. But the intelligence lies in the software.
2020-07-12 Previous Home Next

How do these robots know which pod contains the items needed for the current order? How do they navigate to the pod, and how do they know where to deliver the pod?

All of this intelligence resides in the software that Kiva Systems sells. This software runs on computers in the warehouse, and it tells the robots what to do.

The robot zone of a warehouse is ruled by the "material handling system" (MHS) software.

The MHS processes the orders and tracks the inventory in the pods. It knows which pods contain the relevant items, and it dispatches the nearest robots to get the right pods.

The MHS also tells the workers at the packing stations which orders to pack.

Not just a scheduling system, the MHS is more like an organism tuned to the warehouse environment. It reacts to the ebb and flow of goods through the warehouse and to the speed of workers and robots.

The MHS automatically adapts to any slowdowns in the work as workers arrive and leave, or when they take a lunch break, by slowing down the queueing up of pods at the station. Robots whose batteries are running low stop at a charging area and get taken off the clock.

The software produces reports for management at a far finer granularity than was ever possible before. 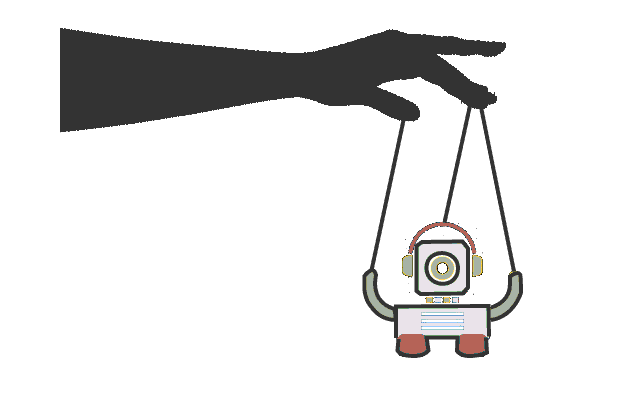 The automation of modern warehouses is made possible by these material handling systems. The robots are one visible manifestation of the automation. But the intelligence lies in the software.