How Amazon Robots Work
How do Amazon's robots work? Kiva Systems improved the workflow in warehouses with a trick.
2020-07-05 Previous Home Next 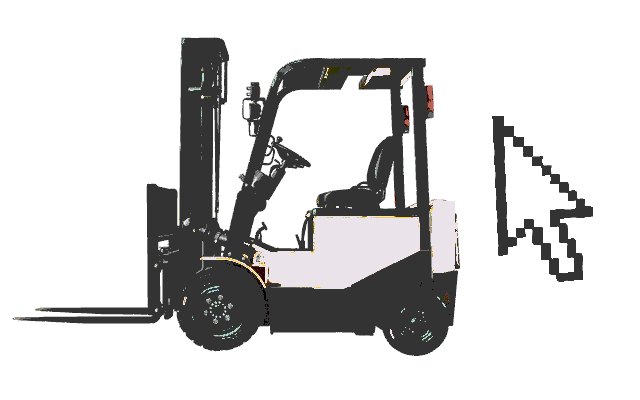 When you go online and order a shirt and a pair of shoes, your mouse click sets into motion an elaborate dance in a warehouse.

Workers walk up and down the aisles to grab the ordered items off shelves and bring them to a packing station, where they are packed into boxes for shipping.

Since the mid-1990s or so, people have been buying more and more things online, and the warehouse fulfillment ("logistics automation") industry has seen tremendous growth and a relentless pressure for speed.

You might have heard about the robots in Amazon's warehouses that make order fulfillment faster. How do they work, exactly? Can they really pack boxes on their own? Are all warehouse workers going to lose their jobs?

To explain what these robots do, it's important to understand their environment: the modern retail warehouse with thousands of products in stock.

To track where each product is stored, warehouses run software called a warehouse management system. To fulfill an order, the workers don't need to spend time looking for items. They instead carry an electronic tablet with an app that tells them which item to pick up where. The software indicates the aisle and the exact shelf.

Pushing the "collected" button on the device moves the system on to the next item.

When the entire order has been filled, the worker brings the items to a packing station to be boxed. Some warehouses have added conveyor belts and forklifts to make this easier and quicker.

In the early 2000s, a startup called Kiva Systems near Boston invented an automated system to sell to retailers. The system improved the workflow with a trick.

Kiva redesigned the shelving racks to make them modular and a standard shape and size. Each vertical section was now a portable storage unit, a "pod."

Their standard size makes the pods interchangeable. A Kiva robot, which looks like a foot-high ottoman on wheels, can slide under an individual pod and pick it up. It then carries the pod down the aisle to the packing station. A worker at the packing station can pick up the item from the pod, and the robot can carry the pod back.

This capability of delivering the goods to the packers has made a big difference. With a Kiva system, nobody has to walk to the shelves. Instead, the workers can stay at the stations and pack orders.

Their productivity increases tremendously. As a bunch of pods queue up at the packing station, each packing worker has multiple orders going at once. The software controls guiding lights in the ceiling to point to the shelf in the pod from which to pick the next item, and then to point to the box into which to place it.

Kiva's software knows where to get each item to fill an order. It wirelessly sends instructions to the dozens of robots on the floor, directing the nearest available robot to bring the right pod to the station.

The robots, called automated guided vehicles (AGVs), follow markings on the floor to navigate between the shelves. They use sensors to avoid bumping into each other, briefly waiting like cars at intersections.

Besides retrieving pods for packing, the robots can also bring in replenished pods as new supplies arrive at the loading dock.

No human ever needs to enter the "Kiva zone." Cordoned off from the rest of the warehouse, the zone is a controlled and predictable environment in which the robots rule the aisles, busily carrying pods.

From the retailer's perspective, this level of automation is a huge win. Not only are individual orders filled more quickly and accurately, but the packing can continue 24x7. Since the robots continuously bring in freshly filled pods, there's no need to halt packing activities for restocking.

The shelves can now be packed more densely together, leaving fewer and narrower aisles, thus using the available space more efficiently. The area no longer needs to be as brightly lit---a further savings.

The growing order fulfillment industry will need fewer workers walking to and from shelves; on the other hand, the care and feeding of these robots and software opens up new kinds of jobs.

What the future holds

Several retailers started using Kiva's robots in the oughts. In 2012, Amazon acquired Kiva Systems. Now a division called Amazon Robotics, it has installed hundreds of thousands of these robots in Amazon's own warehouses and has stopped marketing them to other retailers.

To satisfy the growing need for automation in order fulfillment, there are now several new robot companies trying to replace and improve upon these robots. Wherever it makes economic sense, warehouses will continue to be automated in this way.