Why Buildings Don't Fall
Structural designers have to think through every scenario, and they do.
2021-07-04 Previous Home Next 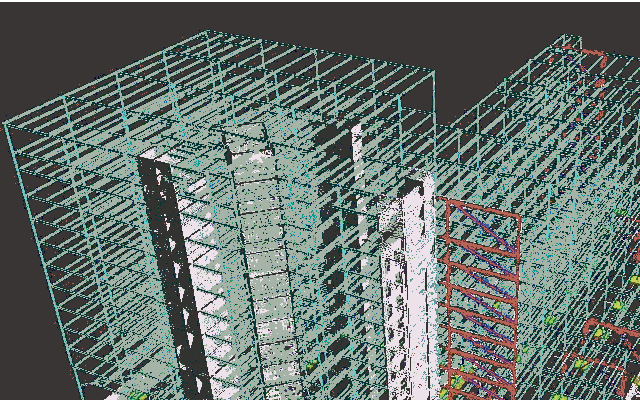 After the horrific collapse of the apartment building in Miami last week, rescuers are still pulling fathers, mothers, brothers, and children out of the wreckage. Over 100 people are still missing.

The tendency to assign blame is understandable: Was the building designed for the sandy soil? Did it take into account saltwater erosion? Strong winds?

Of course, we don't yet know, so anything is possible, but these factors are unlikely to have been missed. Buildings don't just fall.

How buildings are designed

First you design the building, and then you construct it per the design.

In how many ways can it fail?

All licensed engineers are required to follow engineering standards published by the American Society of Civil Engineers, and also local building codes based on these.

These codes constrain the design engineer to make certain assumptions for the design, based on the type of building and its environment.

For example, Standard ASCE/SEI 7-16 prescribes the minimum loads to be considered, including wind, rain, earthquakes, soil, and other factors in the environment, as well as the impact of people, fixtures, moving vehicles in the parking garage, and so on.

As a design engineer, you need to make the structure strong and stiff enough that it does not bend beyond certain limits under these loads. In addition, you have to include prescribed safety factors.

Once you choose the material and the width, height, and depth of each column, beam, or slab, then you have a candidate design. How this design will respond to the loads on it is a matter of mathematical analysis.

Any modification to the design can change assumptions and loads on the structure, so the design process involves lots of analyses using pencil and paper, increasingly computerized.

So, the design and analysis phase doesn't really leave the engineer with much wiggle room. Either a design works, or it doesn't.

The end result of this phase is a detailed specification of the geometry and materials to be used: how many steel rebars to insert into any given beam, and exactly where they need to be placed.

The construction phase is the one you can see on the ground, with people putting their hands in the mud and gravel. It's a major project, coordinating workers, budgets, and deadlines.

The design sometimes needs to be modified to make it easier or quicker or cheaper to construct. The design engineer signs off on any changes.

Just as with any human project, people can make mistakes. But the design and construction of buildings is a scientific, well-understood, publicly recorded process with few secrets.

The standards are reviewed regularly. They are not sacred and are always liable to be updated if new facts come to light. This is why serious disasters are rare.

In the United States, NIST has the authority to investigate major incidents to find out whether standards and procedures need to be updated. Last week, they announced that they would do so for the Miami tower.