Content Is King, Or Maybe Not
A history lesson: while Machine Learning can find content for you, the content itself can get left behind.
2020-10-04 Previous Home Next 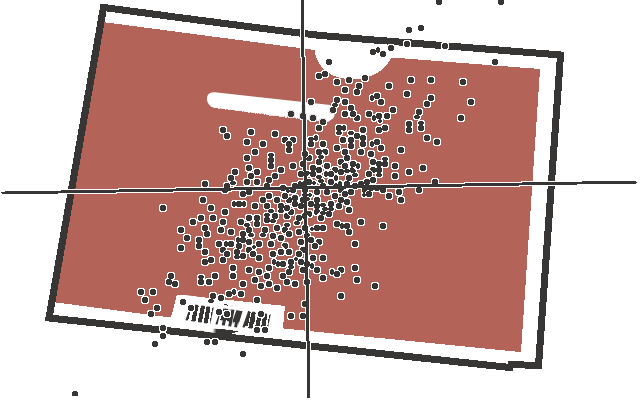 Ever since it was founded back in 1997, Netflix has offered a DVD-by-mail service.

Today, you might think this service is only for people who lack an Internet connection good enough for streaming. But another demographic wants Netflix DVDs, too: movie lovers.

If you are a film enthusiast, you can join online cinema clubs and discuss movies. On the Internet Movie Database (IMDb), you can look up the director, actors, or other crew members of a title, find their work, and so on.

But to actually watch a movie, you need to find it. And this is the secret power of Netflix's DVD service— its unmatched collection of a hundred thousand titles.

Whether you're looking for a masterpiece by Satyajit Ray or Akira Kurosawa, or the Best Picture nominees from the recent Oscars, all are available on Netflix. Ten years ago, I read about the spectacular scene compositions by an obscure South Korean director named Bong Joon-ho. Sure enough, they had his Memories of Murder (2003). I watched it that weekend.

Contrast this horn of plenty with the embarrassingly meager selection on streaming services. If you look for a particular title, chances are you won't find it. Streaming services like Netflix and Amazon Prime are also unreliable sources: titles come and go as licensing terms expire, and movies made before 2001 or so remain rare.

But most people are not connoisseurs and have never heard of IMDb. They want suggestions for what to watch.

Put yourself in Netflix's shoes. How would you recommend movies to your members?

You could choose between two approaches.

First, you could profile each movie like the IMDb does: write down its genre, actors, director, etc., and use these attributes to match movies with members based on their preferences. This strategy is called content filtering, because you're using knowledge about the movies themselves.

The second is the opposite approach: ignore the content of the movies, and instead, look at viewer behavior. On the Netflix website, viewers could rate movies they had watched on a scale from one * to five stars, *****. Since millions of users had rated movies, if you were Netflix, you could use this data to look for patterns.

Here's how this approach works. You identify like-minded members who gave the same ratings to the same movies, and group these people together. Once you have your viewer groups A, B, C, and so on, then you can discern movies that are similar to each other in that they got consistently high ratings from Group A and consistently low ratings from Group B.

Take a movie like Saving Private Ryan (1998). It will be rated highly by war movie lovers and will get grouped with other war movies.

War movies as a whole might get low ratings from people who prefer romantic comedies, but Ryan might disturb this pattern by attracting the sub-set of rom-com viewers who are Tom Hanks fans.

In this way, you find patterns in the relationships between the users and the movies, like panning for gold. This approach is called collaborative filtering, because by recording their ratings, users are indirectly collaborating with each other.

For movies, these programs mostly use the collaborative filtering approach, purely analyzing the ratings data without knowing anything about the movies themselves.

For more on Machine Learning, see Being Intelligent About AI.

The end of the line

Last year, our local community cinema showed a movie by the South Korean director I mentioned above.

Parasite (2019) turned out to be his best film yet: the locations, the characters, the humor, and the social commentary were all spot-on and were all served in his inimitable cinematic style. The picture went on to win four first-place Academy Awards this February.

Now that theaters are closed, few such outlets remain to discover and enjoy something fresh and out of the ordinary.

Netflix does have Parasite on Blu-ray disk. But subscriptions dwindle every year for the DVD service. It's not clear how long the company will keep this business alive.