Being Intelligent About AI
What the term "artificial intelligence" really means, how it is used, and whether you should be worried.
2020-09-20 Previous Home Next

Everyone's talking about artificial intelligence. And no wonder: it's vaguely disquieting. What's going to happen to all our jobs?

A new diagnosis prediction system for COVID-19! A new index for AI and Robotics companies in the NASDAQ! An advance in medical imaging! It seems as if half the news out there is AI news.

What does AI really mean? The term is used in a few different ways, and it can get confusing.

Let me give you some tips so that you can negotiate your way around this subject in your next socially-distanced meeting.

This short article, or even a series of them, can't make you an expert. But it will give you the lay of the land and orient you with a landmark or two.

Let's get one thing out of the way.

AGI is the holy grail, the big kahuna, the whole enchilada. This is the kind of intelligent being that you see in Sci-Fi movies.

AGI is what AGI does:

A toddler already has half these abilities; a middle-schooler has mastered all of them. The search for AGI is the quest to build a machine that can do the same.

Each of these areas of inquiry is a bottomless pit. Teams of talented people have been throwing themselves in for over sixty years, chipping away at incremental improvements.

Each sub-area has launched dozens of journals and thousands of Ph.D.s. It has yielded useful techniques for writing programs, which continue to improve our lives in immeasurable ways.

A long way away

But not one of the actual goals of AGI research is in sight yet. The only place you can see an intelligent agent like this is in movies.

What is worse, no one who works in this field has the faintest idea how much more effort and time it will take to get to the goal. The problem is much harder than anyone realized sixty years ago.

"Are you serious? —do you really believe that a machine thinks?"

— Moxon's Master, a short story by Ambrose Bierce, in The San Francisco Examiner, 1899.

Yes, I believe it is possible to build a machine that could do all the AGI things, as do the experts working in this field.

Such a machine would doubtless be able to do many jobs that are today performed by people. It would be as great a change for mankind as the discovery of fire.

But so far, researchers have not succeeded. Perhaps they're looking in the wrong direction. Since AGI is currently only a glimmer in their eye, with no clue about how to get there, it is simply not something worth worrying about.

The techniques developed in AI research have produced many programs that tackle difficult tasks, for example, playing chess. 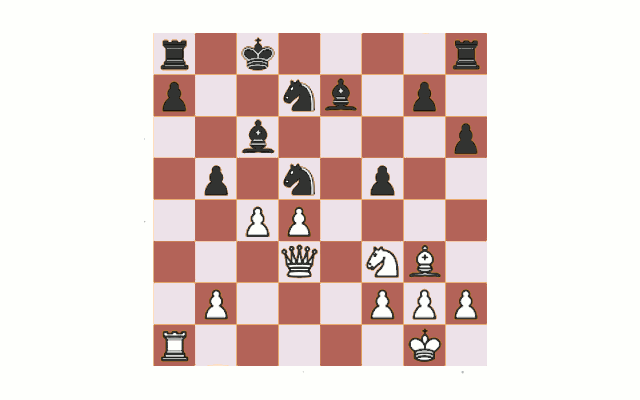 In the 1960s and 70s, AI researchers developed techniques to systematically think many moves ahead, so their programs could play games like chess. In the 1980s, a group at Carnegie Mellon University developed special computer hardware to do it faster.

IBM's research division hired these researchers and developed a machine and a program called Deep Blue. In 1997, this machine defeated the reigning world champion, Garry Kasparov.

These kinds of one-trick pony programs are not AGI, but they do a task that, if a person were to perform it, we would call the person intelligent.

They can be called "narrow" AI.

A program that shows impressive performance in a narrow AI task will nevertheless remain a special-purpose program. Should it be called "intelligent?" Perhaps not. It depends on what the word means.

So... should we be worried?

Well, countless other inventions have rolled over us since long before the industrial revolution, leaving many of our old ways in the dust, like the horse and buggy.

These programs are no different. If they can do something useful and improve productivity, then they will be adopted, and yes, they can sometimes change people's jobs quite drastically.

You can't make a blanket statement about AI programs.

Some of them have become like gods in their field. Deep Blue's progeny has far surpassed its power. Today's chess programs can run on an ordinary PC and still defeat any human. The contest is not even close.

But human chess competitions are still a thing. Grandmasters use computers to analyze games and improve their skills.

The story of computers so far is the same as for all our other tools that complement our capabilities.