Strong-Armed
Apple will use Arm's architecture for its new line of Macs. Software vendors will need to do their part.
2020-12-06 Previous Home Next

Are you a Mac user who complains about battery life? Apple just bet its entire Mac business on fixing this problem.

Last month, Apple introduced two Macbooks and one Mac mini desktop computer that will last longer on a battery charge.

Inside these new Macs is a new custom-built silicon chip based on a design by a British company named Arm, Ltd. All new Macs will eventually be based on these kinds of chips.

Arm seems to be on a roll. A hardware maker in Santa Clara, Calif., wants to pay forty billion dollars to acquire it.

What does this "Arm" company do, exactly? And why is Apple using their designs? 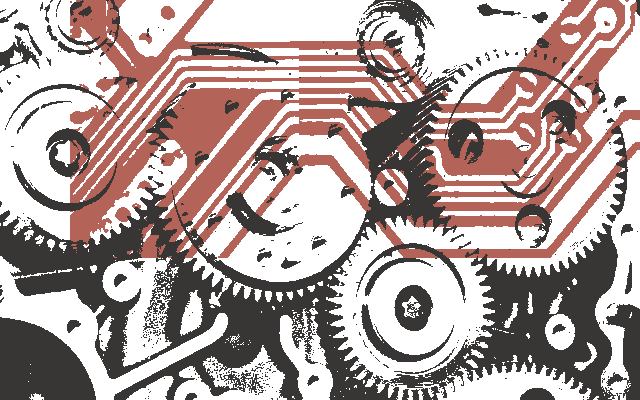 Microprocessors, the engines inside computers, are at the heart of the computing revolution.

Differences between different types of microprocessors boil down to how quickly they can complete the task (performance), and how little electrical power they need (efficiency).

Arm doesn't actually make anything that goes into a computer. It only designs microprocessors and similar circuits, licensing them to chip makers for their needs.

Apple is depending on these Arm-based designs to improve its Macs.

Apple controls the design of each Mac desktop or laptop, soup to nuts. For the microprocessor it depends on Intel's x86, but for all the other parts, Apple either specifies or custom-builds them.

Apple's macOS software manages it all and prescribes rules for software developers to follow to make the user experience consistent. Apple determines the entire look and feel.

With the new custom chip called M1, Apple takes customization to a whole new level. Eight Arm-based microprocessors, memory, graphics, and other special-purpose processors are all squeezed on to a single chip, a "System on a Chip" or SoC.

But before you start editing videos or creating artwork on these new Macs, a problem must be overcome. There is a third practical difference between different types of microprocessors.

An arm microprocessor cannot run an x86 program. It would try to interpret the numbers in the program differently, like hearing words in a foreign language, and probably not make any sense of it at all.

This means that software must be modified before it can run on the new Macs.

Apple has already done this for macOS and for its own software packages. Adobe and the thousands of other independent software vendors who want their applications to run on the Mac will have to do the same.

In the interim, Apple provides a translator program with macOS that converts x86 Mac software to the arm instruction set and then tries to run it. It usually succeeds, but even if it does, the resulting program can run slower.

The job is not done until the entire software ecosystem converts over to the new Macs. Apple does not control when these third-party vendors will do the conversion.

If you depend on any desktop software from these vendors, you will have to wait for them before you can use the new machines and enjoy their promised better battery life.